Nicole specialises in all aspects of private family law and in particular financial issues arising on separation or divorce especially those involving substantial and complex asset arrangements.

“My aim is to achieve the very best outcome for my clients. Each case is different and I provide a bespoke service tailored to the individual client’s needs”

Nicole specialises in all aspects of private family law and in particular the financial issues arising on separation or divorce. Nicole has extensive experience of emergency applications to the Court and cases involving substantial and complex asset arrangements. She is well-known for her expertise in relation to pre nuptial agreements. Nicole has also dealt with a number of cases involving children with special needs which require a particularly sensitive and constructive approach.

Nicole’s clients include entrepreneurs, businessmen and women, celebrities, City professionals and their spouses and partners. Many of her clients are non-UK nationals and, as such, much of her work has a significant international dimension.

Nicole began her career as a commercial litigator with a large City firm. Her background in litigation ensures that she is a robust litigator when required. A longstanding member of Resolution, Nicole is also a trained mediator as well as a collaborative lawyer.

Nicole is known as a leader in the field of family law and has been recommended by the leading legal directories, Chambers UK and the Legal 500 UK for many years. Comments include she “does her work with great intelligence which she delivers with verve and style.” Chambers UK 2018 notes that she “has extensive experience in complex prenuptial agreements as part of a broad private law matrimonial practice.” The Legal 500 UK 2015 notes that she “looks for practical solutions rather than conflicts”. Chambers UK 2017 notes that “She has good judgement, calls a case well from the beginning and manages the client’s expectations. Her advice is realistic from day one.” Chambers UK 2016 remarks that Nicole is “an experienced collaborative lawyer with an emphasis on matrimonial finance issues. Interviewees praise her warm approach and ability to expertly handle complex cases”. Nicole has appeared in the Citywealth Honours Lists which notes: “She is very patient, clear in her explanations, empathetic and committed to the client’s cause without being excessively partisan”. The 2023 edition of UK Best Lawyers has also ranked Nicole as a ‘Best Lawyer for family/matrimonial work’. 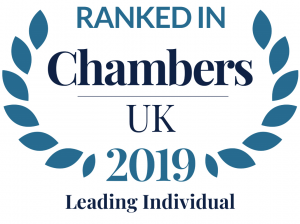 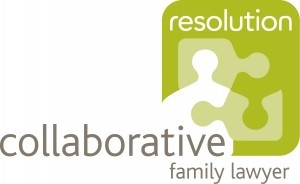 “I have been hugely impressed by your sensitivity and strength, and stand in awe of your decisive, incisive and “efforts based” approach”

“Nicole Hackett was efficient and empathetic, offering good, accurate advice as well as saving me from a nervous breakdown”

Find Out Where You Stand