Dominic is Head of Mediation at Family Law in Partnership. His practice is focused on helping couples to reach a consensus about their future as it relates to their children, finances and housing.

Dominic is one of the five principals who founded Family Law in Partnership in 1995. As Head of Mediation, Dominic holds the strong belief that whilst separation and divorce is often a difficult and painful transition, it does not have to destroy a family.

Dominic’s practice is focused on helping couples reach a consensus about their future as it relates to their children, finances and housing. Dominic mediates both domestic and cross border family disputes including international child abduction, access and custody cases.

Having worked for many years in the Courts advising the judiciary in contested children’s matters and previously having worked in the field of adult psychiatry, Dominic has a range of skills, knowledge and experience which he uses to help his clients to reach agreement. His work has earned Dominic a reputation as one of the most experienced and respected mediators in the country – many of his mediation clients are referred to him by the top family lawyers in the country. For a number of years Dominic held the prestigious role of the Family Mediator member of the Family Justice Council.

Dominic is ranked as a leading family mediator by The Legal 500 UK 2021 and 2020 which comments that he is “an outstanding mediator” and notes “Dominic Raeside is one of the “go-to” mediators in London, if not in England and Wales, for high-conflict mediation clients. He has a huge armoury of mediation skills which can deal with the most complex relationship breakdowns and children issues’”. Chambers HNW 2021 and 2020 also ranked Dominic as a top tier mediator, noting: “”Exceptional mediator” Dominic Raeside is “very sought after” for family mediations. A source says he has “real gravitas on children matters” and “clients have faith in him.” Another interviewee, who has seen Raeside’s work, says: “He helped the parents understand how to make things easier and better for the child. I thought he did it with great skill.”” Chambers HNW 2021 comments Dominic is “the doyen of mediators”. Chambers HNW 2022 ranks Dominic in the Spotlight Table of Leading Mediators, noting “He has a standout reputation as a mediator in high conflict cases.” ….. “Dominic has been a go-to mediator for many years. I love working with him; he’s very considered and approachable. He has a real soft touch in the most complex and tricky cases.”

Previous editions of The Legal 500 UK have described Dominic as “calm and constructive….he is immensely experienced” and “at the top of his game; he manages to put people at ease, and has a way of unblocking even the most intractable disputes.“ The 2016 edition notes that he is “very effective for tricky children disputes” while the 2019 edition notes that Dominic can “work magic – almost like pull a rabbit out of a hat and get terrific results“….he “can usually crack even the hardest of cases“. Dominic was named Family Law Dispute Resolution Practitioner of the Year 2015.

In addition to his work as a Mediator, Dominic is a UKCP registered family and systemic psychotherapist and sees clients in conjunction with his lawyer colleagues where he offers consultation on the child related, emotional and psychological aspects of divorce and separation.

Dominic is a qualified Parenting Coordinator. 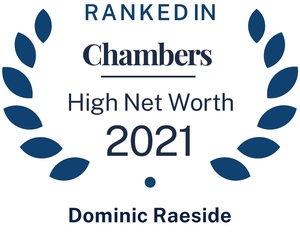 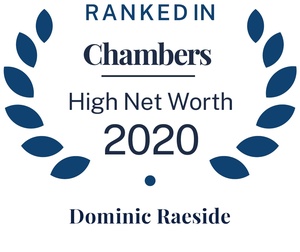 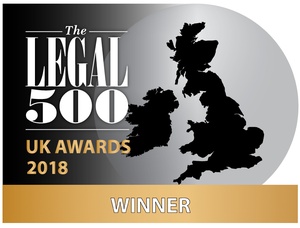 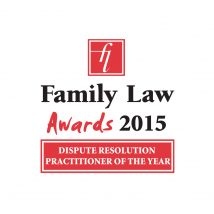 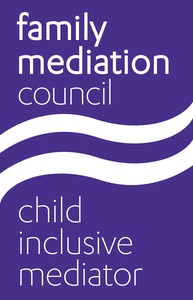 “You deftly and professionally led us all through very sensitive issues, expertly enabling us to reach a satisfactory result. This would never have been possible without your expertise and experience. We still don’t know how you achieved this but your skill and patience were clearly evident from the very start”

“The service was exceptional and expedited a settlement so mission accomplished!”

“Life is greatly improved for us all and the children are so much more settled, I shall always be grateful for your help”

“At every turn of the discussions we had, Dominic handled tricky situations with care, skill, grace and aplomb and succeeded in allowing us to find a solution that necessarily involved compromises for both me and my former partner but which has allowed us to move forwards and hopefully build a new friendship with each other”

“A sincere thank you for your wonderfully calm, even-handed, reassuring and wise help during our recent mediation”

“Thank you for your time, patience, support and commitment to our mediation process. I think you are quite amazing – the support and calmness you were able to offer kept me in the process – and I am beyond grateful.”

“Dominic’s working style and follow up is absolutely brilliant”

“Dominic Raeside is “the doyen of mediators”

“Dominic lets the clients lead, he thinks outside of the box. He’ll look at what is best for the family and is truly of the opinion that if you let the clients lead and give them the power, it will work.”

“He is an exceptional mediator”

“I found Dominic to be even-handed to both parents, whilst keeping our son at the centre of the process. He had the right mix of seriousness and wry humour to keep the mediation on an even keel, and I valued his depth of understanding of children’s needs”

Family Mediation: All you Need to Know: A Podcast

In this episode of the FLiP podcast we discuss the family mediation process, answering commonly asked questions including…
Learn More →

Bradley Williams and Dominic Raeside have been listed in the new Tatler High Net Worth guide 2020.

Find Out Where You Stand